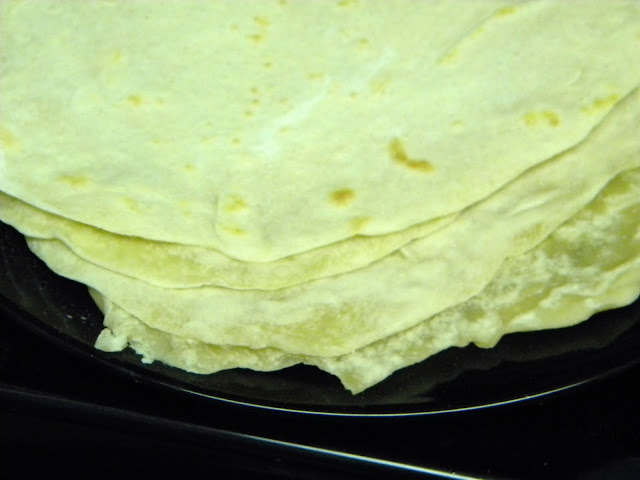 One of my new favorite food websites is Our Best Bites. They have fabulous and simple recipes. A few days ago I tried the homemade tortillas: 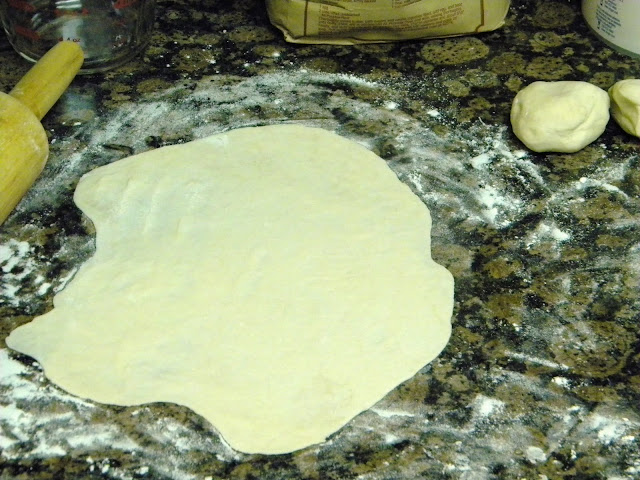 As you can see, I had a hard time rolling out a circle: 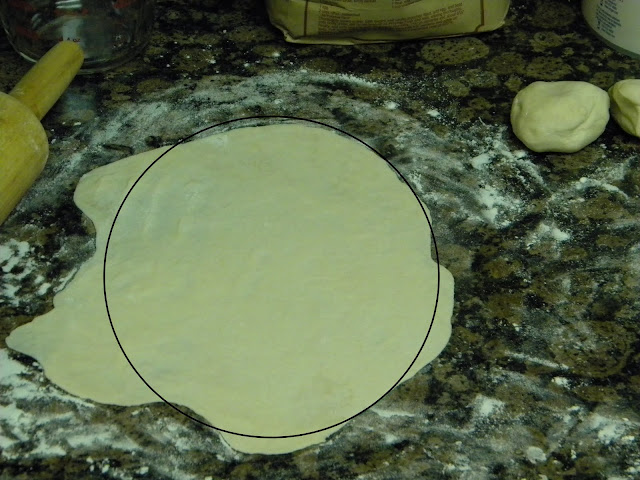 I figured they'd taste the same (and they did). Maybe I'll invest in one of those pie crust measuring mats... Cooking them was trickier than I thought. 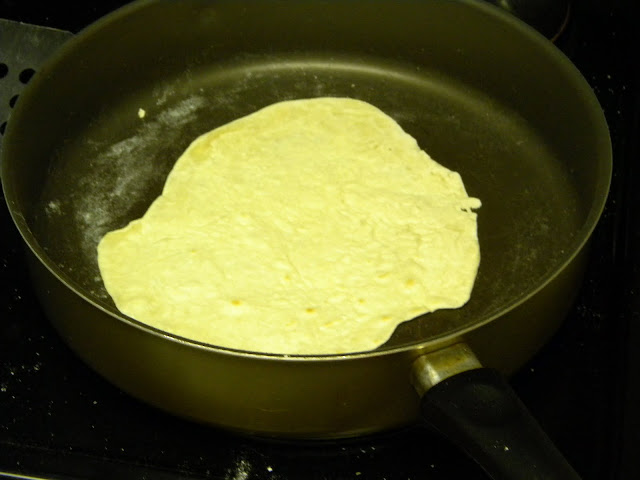 I over-cooked several and they were pretty much inedible, but the ones I thought would be undercooked were perfect (they're the ones on the bottom of the pile in the first picture). I also made the taco chicken, black beans(I didn't add the coriander because I didn't have any and I used water rather than broth, but it still tasted fine), lime cilantro rice (I used left over brown rice warmed up in the microwave and skipped the pineapple) and creamy lime cilantro dressing. We put that all together with romaine lettuce and mozzarella, for a fantastic dinner that I'll make again.......soon.
Posted by r at 1:13 PM 2 comments: