Yesterday was my daughter's 1st birthday. I decided to make her a small bumble-bee cake and had a brilliant idea on how to make wings for it. I made them using this rock candy recipe:
Almond Rock Candy:
2 cups of sugar; 1 cup water; 3/4 cup light corn syrup; 1-1 1/2 teaspoons almond extract

In a heavy saucepan, combine sugar, water and corn syrup. Bring to a boil over medium heat, stirring occasionally. Cover and cook for 3 minutes. Uncover; cook, without stirring, over medium-high heat until a candy thermometer reaches 310°F (hard-crack stage). Remove from heat; stir in almond extract.

At this point I spooned some onto a greased cookie sheet and tried to spread it into a wing shape. It was pretty difficult at first, all of my 'wings' were spreading too much and touching each other, but once the candy started to cool and thicken, it didn't spread as much and the wing shape stayed. I put the rest of the candy into greased lollipop molds: 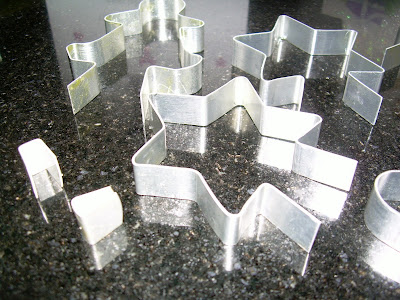 Most of them I made into lollipops: 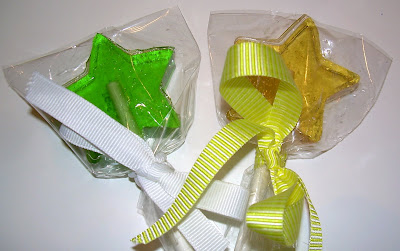 Others I just made into candies, I had to pinch the clips closed since I didn't use a stick (if that makes sense): 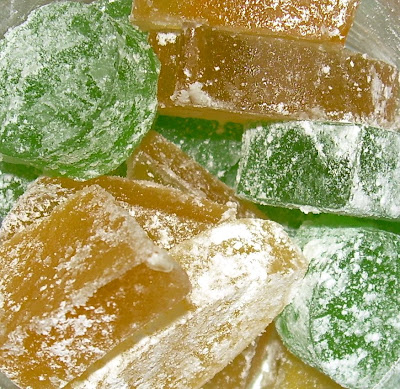 I made two batches of the candy. The first, for the wings, I didn't use any food coloring. For the second, I used Root Beer flavoring (not extract but hard candy flavoring) and added food coloring. 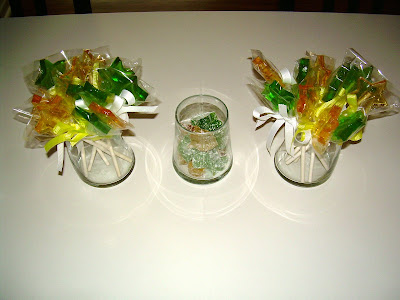 Back to the birthday cake: I used a cake mix because I'm rarely able to make a cake from scratch work. I frosted it with yellow butter cream frosting and dark fudge frosting and placed the wings in: 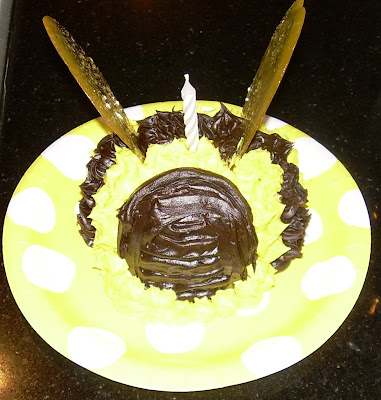 Pretty darn cute, if I do say so myself. Instead of making a large cake for the guests, I made mini cupcakes. Some were chocolate: 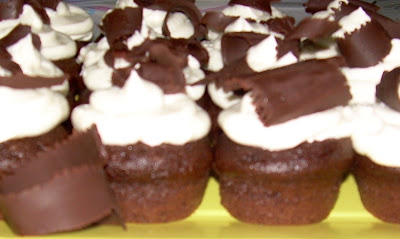 I frosted them with a butter cream frosting and added chocolate curls to make them pretty. Here's a link to Pioneer Woman's tutelage on how to make chocolate curls, it's really quite easy. The other mini cupcakes were white cake: 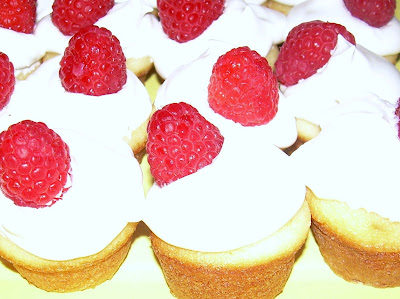 I topped them with freshly whipped whipping cream and raspberries.
Posted by r at 1:30 PM

The party was great and the goodies as pretty as tasty! Thanks for inviting us.

Where do you find the time for all of this? Are you superwoman and just not telling me? I just took a look through your blog and everything is amazing. I'm very impressed.

Gosh, r. You make me feel like I actually might DO things like this someday. When I grow up. Super fun! Thanks for the pioneer woman link.